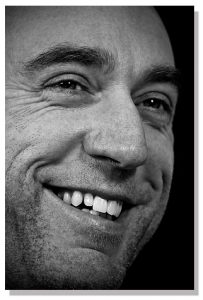 I’m a #1 Amazon Best Seller and award-winning Welsh writer, poet and photographer based in Pontypridd. I’ve always lived in Wales except for a short spell in Kenya in 1993-94.

I write content for and still maintain many web sites. I’ve worked for BBC Wales, written local newspaper columns and been published in a number of literary magazines and web sites all over the world.

In 2007 I set up the first ever Welsh Poetry Competition, an international poetry competition aimed at encouraging the wealth of creative writing talent that we all know exists in Wales but currently languishes in the doldrums.

In 2019 I created the Writers of Wales A to Z database, which seeks to highlight the abundance of literary talent either from Wales or with a deep connection to Wales, both past and present.

I also run Publish & Print, a book publishing company that is seeking good writers that have been overlooked by the mainstream publishing industry.

I’ve published numerous books, which can be bought direct from this web site, from all good book stores and are also available for download with Amazon Kindle and other platforms.

My poetry collection, ‘Scratching The Surface‘ is out now in paperback and kindle.  I’m thrilled that one of my ‘poetry heroes’ and one of Britain’s greatest poets – Brian Patten – has praised my work!  Makes it all worthwhile.

In 2020 I launched the Poetry Book Awards, an international contest that seeks to reward self published poets, indies and small presses by helping to promote great poets overlooked by traditional publishers.

My latest book, The Welsh Man, is another Welsh noir, gritty, urban novel set in Wales and the UK.

After all, life is short and time is elastic 🙂

‘A truly great Welsh author.  A deceptively mesmerising, easy read that details the history of a troubled land from the late 20th and into the 21st century.  The central character is so real, I feel I want to buy him a drink – or two or more – just for the conversation.  This IS modern Wales and the true successor to ‘How Green Was My Valley’.  Read it, mourn for what has been lost and marvel at the writer’s insight but above all, read it.’ – Katherine John

‘The poems are sharp, clear, and confident. He has a clarity only a real poet possesses.’ – Brian Patten

‘An engaging and diverse range of poems. The subjects are varied, but this confident poet succeeds in melding them into a coherent and rewarding collection.’ – David J Costello

‘In true Buddhist fashion Dave cycles clockwise across Cumbria, Northumberland, Tyne and Wear and Durham. Taking in ancient Roman sites, great modern cities and the beauty of the Pennines and Lake District. Once again he makes his journey come alive with witty comments, weird references and superb photographs.’ – Derek Goode

‘Although written in a very simple and accessible style these haiku-like poems have hidden depths. I have never been a big fan of the form but the mesmerizing poetry in this collection had my total attention. Poignant at times, intriguing at others and often socially realistic, the poems reveal as much about the character of the poet as they do about the world he describes. A thoroughly captivating read.’ – John Short

‘Lewis is such an honest poet, speaking directly from the heart and writing about what he knows and has observed, often in such minute but accurate detail… This is a top draw piece of writing and once again puts him at the forefront of modern British poets. Quite simply, Going Off Grid is a modern classic.’ – Simon Richards

‘A fantastic introduction to the industry standard, image editing software package with some great photographs by a talented and well-travelled photographer. A fab little book with just the right amount of information for a beginner like me. Easy-going style, not at all pretentious or too technical.’ – DF

‘This little book is such a breath of fresh air. Lewis just says it as it is and it’s as if he’s there chatting with us. He’s probably telling us what we all really know deep inside our heads but we might never realise what it means. Live life, love life. I shall read this time and time again to keep reminding myself what it is to be here, and enjoy what I have. Thank you Dave Lewis and well done for sharing this with us.’ – alhaze

‘What a wonderful collection of poetry. There was an eclectic mixture of poems, some funny, some serious, but all inspiring. This anthology was written after 10 successful years of the International Welsh Poetry Competition, which receives entries from all over the world. I particularly liked being able to read the judges comments on the poems.’ – nebul7

‘…written from the heart: it’s chatty, charming, informative, forthright, and sometimes downright irreverent!… It’s as if he’s sharing his travels with you over a pint… or two! …this should inspire anyone who has a bike and a backpack to have a go and to take the route less travelled…’ – Don & Kath Szmidt

‘A true Welsh poet of the Valleys who illustrates just how deep the connection between artist, the land that nurtured him and those long since consigned to history burns. Here you will find poems to be savoured, dwelt on, and considered over weeks, months and years. Both a cry and lament for the human condition they are the work of a mature and master poet who like everyman craves life above all else.’ – Catrin Collier

‘Great read, very funny. These guys have a great sense of humour, which is exactly what you need when doing any sort of challenge like this. An enjoyable, easy read and some great images too. Some classic one-liners in there … had me laughing all the way to the pub. Not one for the bus spotters as there is a severe lack of maps, hill profiles, daily carbohydrate intake and route advice. Basically this is just about some mates jumping on a bike and cycling the End to End and coping with whatever life threw at them with a smile and a beer…’ – pokie

‘The eagerly anticipated third book in this trilogy is every bit as compelling as the previous two. Set in a much smaller arena (Cardiff / Rhondda Valleys), the tale of Hagar’s homecoming provides some unexpected twists and turns along the way, with the final confrontation revealing a secret you won’t see coming! Highly recommended, ideally reading all three books in order. Easily worthy of a 5 star rating!’ – J.O.

‘This is an awesome little book and I will refer to it many times no doubt. I love photography and strive to get it right. This has taught me the rules but also that there isn’t always a right, only the way people perceive. Huge thanks to Dave Lewis for writing and giving us this little gem.’ – Tanya Cumberlin

‘Dave Lewis’ new work opens with Henry Thoreau’s famous quote, “The mass of men lead lives of quiet desperation”. Very apt in our Twitter-twatter, X-Box-Factor, age when apathy, indifference, and resignation is the norm and the – increasingly – lost generation slumber party away their lives wearing Onesies. This book of verse is polemical, confessional, a slap in the face wake-up call, and a much needed challenge to all “those up there” who should have, and could have made it better. Sadly, therefore, not likely to be very popular with the Arts Council aficionados, but speaking and reaching out to all those that really count. “The Voice”, is for real here and poetry is back where it belongs, right there at the heart of the matter.’
– John Evans

‘Brilliant book. Could not wait to read this after reading Ctrl-Alt-Delete. I bought it immediately so I could continue the story. Did not want to put it down. It was so well written and the suspense was great all the way though. I would definitely recommend this to anyone.’ – Eirwen Thomas

‘Have read both of Dave’s thrillers and thoroughly enjoyed them. The stories grip you from the beginning and take you on a thrilling, chilling ride. His IT knowledge is excellent and his descriptions of systems and language gives the books a realism which surpasses Deaver’s The Blue Nowhere – it made me check my Facebook security levels. Both books are a must for readers of murder thrillers. Cant wait for a third instalment.’
– Rhondda Rover

‘On opening the book I was impressed by the broad selection of poems and poets on display and by the list of notable names who have contributed: Roger Elkin, Graham Burchell, James Knox Whittet, Pat Borthwick, Terry Jones and Fatima Al Matar, to name but a few. It really is an impressive collection of poems.’ – Jay Doubleu

‘From the first eponymously titled poem, we realise that Dave Lewis’s work possesses an energy and freshness that lifts his imagery and empathy way above the work of many less ambitious poets. The element of surprise in each poem, however short, is even more startling coming as it does from such uncluttered writing. Last lines are an example, while phrases such as ‘trees as tall as ships’, ‘a severe lack of hares’, ‘the brittle grass of misunderstanding…’ will surely enhance the readers’ own perceptions of the world around them. This collection’s structure too, works well under its five separate headings, and the diverse forms used in several poems adds visual variety. A wonderful read. Buy it!’
– Sally Spedding

‘It’s not often that a collection of poems inspires and uplifts you. It’s something that happens as rarely as a good British summer, in fact. But Layer Cake by Dave Lewis is just as unusual and welcome. In the stuffy world that poetry can be, this collection really is a breath of fresh air. This collection of unique and different poems comes from the heart, with subjects as diverse as Boats and Stevie Nicks! Each poem reads like a story and conjures an image in your mind, from the highly sensual evocations in Grinding Down to the succinct and to-the-point Portrait of Churchill. Dave Lewis is obviously well-travelled and his poems Africa and Kenya take you to these places without having to endure Gatwick! But closer to home, Dave also creates poignant images of his home country with well-crafted gems like Pen-y-Fan and Y Bont. All in all, this is an interesting and entertaining collection which is well worth reading.’
– Amanda Weeks