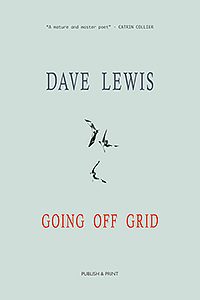 This is my seventeenth book and seventh poetry collection.

My first degree was in zoology and I’ve always felt an attraction to the natural world but since re-training as a software engineer back in the mid-90s I’ve found myself, and many others around me, move away from what I feel is really important while slowly adopting a dependence on technology and its negative influence on our sanity.

I have tried to write a modern collection that focuses on digital capitalism, the negative influence of big tech and our addiction to data. I’m deeply concerned with the negative direction mankind is taking and feel we all need to steer ourselves back to a far simpler, happier place in the far more important offline world. Death and depression, as well as love and nature, are also ever-present themes in this collection and I’ve also tried to package the message up by including some very subtle, yet haunting, photographs.

“An epic tour de force of modern poetry. The opening poem, (Diet), is reminiscent of T. S. Eliot’s ‘The Waste Land’ and this author’s ‘Roadkill’, but this time focuses on digital capitalism. Lewis is primarily concerned with the madness and addiction pervading our online worlds while we neglect the more important offline. The title is a hope rather than a statement.

“The book includes a handful of vignettes and reflections of the author’s immediate locale, edited in the style of Julia Margaret Cameron that provide an added texture and insight to the text.  Another piece of top drawer writing by one of Wales’s best poets.” – Andrew Davies

Published as a paperback and e-book in April 2018 by Publish & Print.

your eerie cries are supernatural.

but you shear the air to make up for it.

I walked a few steps around your island once. Got

so tired in a day with sandwiches and pop.

from Bardsey, (just down the road really) to Brazil, Argentina
and Southern Africa.

You hang on the gale like the washing on my line

and use your super powers to trace the planet.

Crystals of magnetites within the eye

you navigate better than Shackleton.

Ginsberg’s puffin, who cries at the moonlight

come home to me at night.

And you connect for life

and say hello with a kiss.

As old as me

but much wiser I see.

‘I’ll take him for ya,’ croaked Jack. ‘It’ll cost ya half a crown though.’
Then the cobbled street would be painted with an old man,
limping down the hill, his shin had been shot off during the Great War.
A trusting mutt, ragged at the end of a short piece of rope,
taken for his last walk by my uncle Jack, to the gasworks, just past the fair,
where a brass band played loud outside the dentist’s curtained tent
and where young boys ran their hands through tin cans of blood and enamel.
The dog would exchange owners again, briefly, twice that morning,
before wagging its tail and looking up through sad, forgiving eyes.
The rope would be returned and Jack would skip to the pub
to wet his whistle, lather his lips with chestnut liquid
and tell stories of grown men crying for their mothers
as the sound of sawing bone faded in the rain
and the bells of the French church signalled he was finally going home.

He swishes an unwashed hand across Corning’s Gorilla Glass 3
as I marvel at the bespoke dirt under his fingernails.

‘On the bus buttie boy, headin’ down to the city now,’ he shouts,
all workmanlike to a friend who is off to get his piss tested.

‘Shld be there in twenty mun, got ta git the best spot see, before
the skanks wake up and stink the place out.’

I can’t help smiling to myself and quickly survey the other
passengers:

I glance across at the old dear with the trolley full of cat food and
wonder how small she is under the three coats.

Then I spy the expensive suit with the FT all neatly folded,
unaware of the looming crash that will never bother our
resourceful entrepreneur.

I’m suddenly sucked back in to the one-sided conversation,

‘Pick me up some skunk in reception will ya? I’ll settle later man.’

I watch as he messes up his hair, checks the rips in his t-shirt,
spits a few more stains for good luck.

I know where he’s heading – everyone back in town knows!

The bus drops him off by the multi-storey and I watch him sprint
across the road on well-fed, muscular legs,

unfolding his well-worn cardboard sign – a Picasso of austerity
that lad.

Then he slows down, starts to limp, he’s the ‘Usual Suspect’ in
reverse,

plonks down on the widest pavement, becomes ragged, instantly
pitiful.

He’ll do the morning shift, even accept coffee and sandwiches –
he’s not proud you know.

Then by midday he’ll pack up his work tools, catch the X4 north,
flash his travel warrant, paid for by the dole.

He’ll pop in ‘The Wonky’ for a couple, count his takings on the
bar and then debate the state of the economy with the other
survivors.

Then he’ll head home with an Iceland bag full of goodies for his
mam.

His mam who got sanctioned last month for spending the week
down at Trecco instead of filling out application forms for non-
existent jobs. 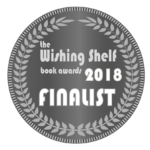 ‘Going Off Grid’ was as a finalist in The Wishing Shelf Book Awards 2018. The judges gave the book 5 stars and a score of 39/40 which was very pleasing.

“Dave Lewis’ quest to go off grid, escape the tyranny of a technological age where ‘Gaia has gone AWOL’ takes us through angry rants against injustice, racism and the destruction of our planet, through a whirlwind of references from Tolstoy to Bob Dylan, Cheltenham Races to ASBOS to lyrical reflections on love and a natural world closely observed. Terrific photographs of landscapes he so clearly loves counterpoint his collection which perfectly captures the conundrum of escaping the world we’ve made to finding the magic we’ve lost.” – Chrys Salt MBE

“These poems give a welcome escape from the lure of technology when they go ‘Off Grid’ – offer respite with a gentle rain and cool air; take you back and forth in time – lead you across mountains; hitching down river like a fluttering leaf to sunlit paths so magical you can smell the gorse.” – Angela Croft

“From this outstanding collection’s topical title to the poet’s Notes at the end, this life-changing ‘Going Off Grid’ should be compulsory reading for all Millennials, adolescents and youngsters, currently plagued by low self-esteem and sometimes even driven to suicide, as well as those of riper years bewildered by the world today, who wonder is this all there is? On a personal note, I keep this collection close to remind me what is important and precious during our brief span on this ravaged planet.

Born and brought up in Cilfynydd in the Welsh valleys, Dave Lewis’ early observations and responses to the natural world around him, including its man-made scars still lingering, formed the bedrock for his two earlier collections, culminating in this searingly honest, often intensely personal and thought-provoking publication, enhanced by his own haunting, monochrome photographs.

One of Wales’ most important poets, Dave Lewis who founded and still organises the highly-regarded International Welsh Poetry Competition, is also a crime novelist, teacher, publisher, photographer and keen cyclist, sharpening an already keen eye on his surroundings. Having studied Zoology at Cardiff University, he spent a formative year in Kenya, highlighting awareness of how man’s greed and depredations of their planet are leading us all down a dangerous one-way street.

But ‘Going Off Grid’ isn’t – like less ambitious poets – a mere rant but recalls a time before people cared whether someone ‘liked’ one of their Facebook posts. When doors stayed open for neighbours to come in and out.

Lewis’ first photograph of the flank of a hill in Cilfynydd, shows not only two wind-ravaged silver birches, but a huge pylon. This kickstarts the tone and theme of ‘(Diet)’.

We are all zek

gorging on diets of data and cortisol,

from the high priests of posts

to the tellers of tweets and the AdWords of angst.

Fourteen pages of dissection and confession follow, ending with…

And in the overwhelming darkness,

there is no pardon for their arson,

we’re just garnish for their market,

Lewis’ eponymous poem. ‘Off Grid’ is headed by Bob Dylan’s ‘No-one is free, even the birds are chained to the sky.’

Can it be true

That you’re not on the grid,

Not indexed by Google, unstalkable?

The poet then observes towards the end…

And then it came to me –

that would kiss all your flowers…

and lost to this nonsense –

this cycle of retweets,

this holier than thou they call normal.

Lewis’ poems are vivid and alive with descriptions, never skin-deep, carrying meaning. The Manx Shearwater described in ‘Puffinus, puffinus’ is…

As old as me

And much wiser I see.

I also connect with what Lewis has to say in ‘West Riding (After reading a Walt Whitman poem I like.)’ This is freighted with memory of…

…the long, hard drive to

the city of the dead. A mercy trip to Elfed. Not to see the forests

of fifteen hundred years ago, not the wool merchants or the iron

masters. Not the banker immigrants, or any of the dyed people

I travelled there for you and no-one else.

But then came the rendezvous…

Now on an accidental day, far away in time and space, years

past, far from that diamond bed…

Lewis earlier recalls how, having‘picked the wrong one’ and ends with…

betrayed a holy calling of some sort.

In ‘Black,’ a sparse, very moving poem, Lewis particularises the passing of his father. Grief, the black we have all known in some circumstance or other, is…

Where the knives and words

are gone, where the smothered babies breathe again

and the puppies all run free,

where love is total

The photograph of Lewis’ last lines of Jack ‘Blaina’ &’ ‘Gran’ adds to this poem’s pathos,

…as the sound of sawing bone faded in the rain

And the bells of a French church signalled he was finally going home.