This is my twenty-first book and fourth novel.  A gritty ‘Cymru noir’ thriller set in various locations around south Wales and the UK.  The book is available as a paperback as well as an e-book and can be found on Amazon and in all good book shops… 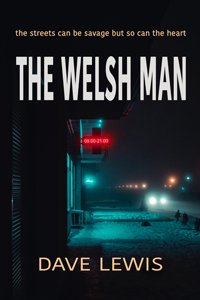 A violent but compelling tale of grim landscapes and dark morality.

Paul Thorne is no angel.  A hard man with a troubled past, his mistake was to fall for the wrong girl.  When he said yes to love, he opened the door to death.

A tragic accident finds him running for his life from a vicious London crime boss.  He seeks sanctuary in a sleepy, Welsh seaside town but instead of solace, he finds jealousy and betrayal.

A brutal journey through the underbelly of 80s and 90s Britain.  Violent and sad.  Powerful, beautiful prose lingers like a bruise, haunting the mind, long after the last page is read.

The sun was blood red in a vast blue sky. The sea was flat with the occasional sparkle of white. The light spun slowly, kaleidoscoping through coral pink and orange peel before finally settling into a sickly Indian burgundy. It wasn’t the worst day to die.

As I ambled back from the beach, hands in pockets, head down, the last rays of September filtered through the gaps in the shabby, dirty buildings reminding me how a toothy grin might occasionally shine on an alcoholic’s leathered face. For once I actually felt pretty good.

Soon the darkness would spread its cloak over the remains of the day though. In a few minutes I wouldn’t know anything else at all, ever. If I was being honest with myself I’d been lucky to have lasted this long. But I suppose the timing could have been better.

Yeh, that was it. I just wanted a few more days. Time enough to settle all the things a condemned man felt needed to be sorted. Another year would have been good. I began to chuckle to myself at the thought as I crossed the deserted car park behind the faded splendour of the Pier Hotel.

The light was dying faster now. The heavens slowly blackened. Soon it would be totally black. Blacker than it had ever been before. Ah fuck it, what the hell. I stared impassively at the long barrel protruding out of the dark. I grimaced as a small, solitary black cloud rose behind the hooded figure that stepped silently out of the shadows.

The silhouette stopped ten feet away from me. Not close enough for me to reach him in time, not far enough away for him to miss. I recognised his professionalism. That’s where I would have stood.

“A truly great Welsh author.  The author has an eye that describes modern Wales and the damaged lives of the characters who inhabit its green and flourishing post industrial landscape perfectly.  A deceptively mesmerising, easy read that details the history of a troubled land from the late 20th and into the 21st century.  The central character is so real, I feel I want to buy him a drink – or two or more – just for the conversation.  This IS modern Wales and the true successor to ‘How Green Was My Valley’.  Read it, mourn for what has been lost and marvel at the writer’s insight but above all, read it.” – Katherine John

“The descriptive opening chapter immediately hooks the reader into this contemporary novel.  The main character is vividly portrayed, with his blasé approach to death aptly capturing his mindset and morals from the outset.  The writer’s use of the Welsh vernacular firmly grounds this story in its setting, and adds colour to the writing.  This is, overall, a very promising and original piece of writing.” – United Agents (London)

“A hard-hitting, hard-boiled novel as befits a central character who doesn’t step back from a fight. It takes the pulse of 80s Wales and 90s London, finding the former to be faltering and the latter to be racing quickly in the clubs of Soho and the drinking clinics of the city’s suburbs. It’s a story that fair races along, careering from one violent event to another and as it does so it palps the seedy underbelly of the English capital, even as it shows that love, too, has its place among the sudden flash of knives.” – Jon Gower

“A fascinating, gripping read from start to finish. One of those books you can’t wait to sit down and read until you finish it! A great author I was recommended to and I look forward to reading Dave’s other books.” – Paul Tallett

“Exceptional read. A sad yet powerful journey through the dark heart of a modern Wales few writers are brave enough to take. Brilliant! – Bethan Moses

“The story begins in south Wales in 1979 and ends there in 2004. Paul Thorne is definitely no angel but seems possessed of an inner decency that endears him to us. The product of a broken home: a drunken mother and a feckless father who slaps her around, he’s soon in trouble for acts of violence (protecting his mother from the attentions of a local wannabe gangster) and ends up doing a three-year stretch. Later, he works on building sites and as a bouncer in London before being drawn into service as a henchman for an Irish gangster, and this is where the conflict (and plot) develops.

Since an early age I’d been on holiday to the picturesque places that the south of Wales has to offer like Tenby and Porthcawl but knew nothing of the dark underbelly of that part of Britain. Having never lived in Wales the only things I knew about real life down there and its tougher side came from the fiction of writers like Niall Griffiths and films like ‘Twin Town’. But whereas the latter is a black comedy, larger than life, there is nothing amusing about this book. Some passages containing graphic descriptions of gang and drug-related violence were depressing but the sad charisma of Paul Thorne made me want to stay with him and, in the final analysis, if you care about the character enough to keep turning the page then the writer has done his job.

Dave Lewis presents us with an unflinching perspective on aspects of life that we may want to turn away from but ought not to. There is a fair amount of social commentary as well. A gripping and well-executed novel in the genre of Dirty Realism, with echoes of TV crime serials like ‘The Sweeney’, ‘Band of Gold’ and the contemporary ‘Vera’. Read this book and learn things you probably didn’t know.”
– John Short

During the first week of the book’s launch I got to the prized number one position in one category and the top ten in a few others: 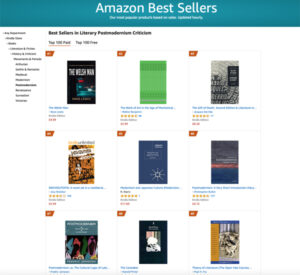